The Super Smash Bros formula is now available for your computer. 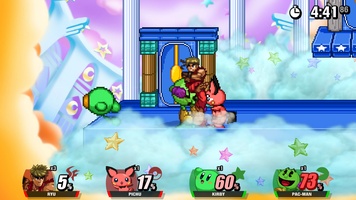 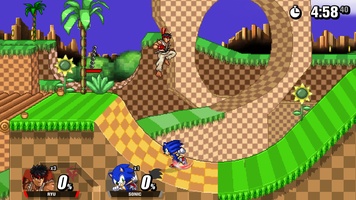 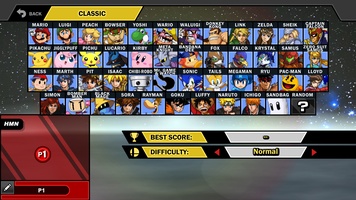 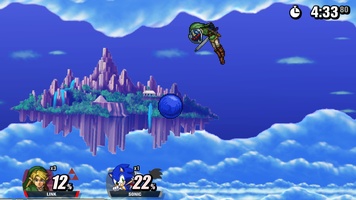 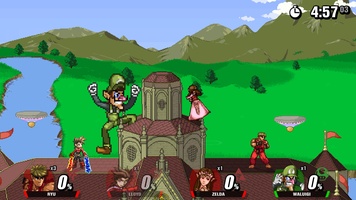 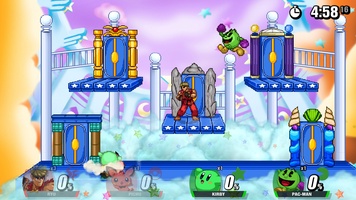 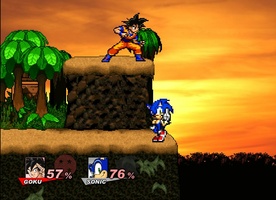 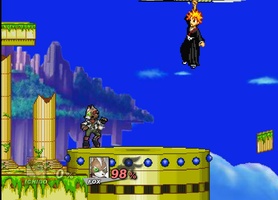 Advertisement
Super Smash Flash 2 is a 2D fighting game that borrows many of its elements from the popular Nintendo franchise, Super Smash Bros, and offers an extremely similar gaming experience with a few unique features.

For example, despite having a very similar aesthetic (especially the entire menus), Super Smash Flash 2 uses an 8 bit visual style that will make all the retro-gamers very pleased. The animations are pretty good too; its a real treat to watch them move across the stage.

One of the most important parts of this type of game is its cast of playable characters, and Super Smash Flash 2 does not disappoint. Goku, Naruto, Sonic, Mario, Link, Pikachu, Kirby, Ichigo or a black mage from Final Fantasy are just a few of the names that you will find.

There is also a wide range of arenas where you can fight. There is not only one scenario for each character, but several different ones that you will find really entertaining. Each, of course, comes with its own surprises.

The game's controls are just what you would expect: two attack buttons that can be combined with any direction key to perform over a dozen different attacks. The goal is as always: to throw your enemies out of the arena after beating on them.

Super Smash Flash 2 is an excellent fighting game that has the potential to provide fun for hours, and that is just it's beta!
Reviewed by Andrés López
Advertisement

Why is this app published on Uptodown?
(More information)

One of the best games of my childhood XD

Rosalina, Lucina and Palutena should be added

Hello, to start I have to give 5 stars to this wonderful game but I would like to point out regarding the 25th level of the event mod "Luigi Takes Charge! ", Big problems due to the new update on the ...

GTA IV: San Andreas
San Andreas is back to life in GTA IV
Tekken Tag Tournament
The PlayStation 2 classic, now on your PC thanks to MAME
PUBG Lite
The version version of PUBG for PC
Valorant
Spectacular tactical team shooter
Call of Duty 2
Play 2nd World War as if you really were there
Creative Destruction
A free Fortnite-style battle royale that won't disappoint you
Rules of Survival
A 'battle royale' for up to 120 players
Counter Strike Online
Free and full of zombies Counter Strike